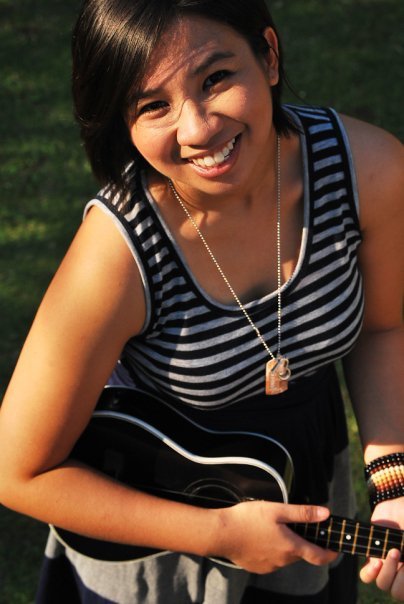 Also known as “Maxx with a double X” to some friends and Starbucks baristas who can’t spell Dominique, was born and raised in Metro Manila, Philippines up until 2011 when she moved to the East Bay Area of California. She has two passions, teaching young children and music. She is currently majoring in Child Development in Los Medanos College while being active in her youth group’s worship ministry. She writes her own songs and plays the guitar, piano and ukulele. Daughter of a Jazz drummer and a TV producer and the youngest of three siblings, she has a vast array of musical influences, from Frank Sinatra to Elvis to Adele to Ingrid Michaelson to Lady Gaga. She would describe her music just as she would describe herself, fun, quirky, and honest. Dominique enjoys making people laugh, loves polka dots, and dislikes celery.

For updates on gigs and performances:
http://facebook.com/DominiqueEdizon